Pickleball has been an exciting journey for us over the last six months. We have entered into a new sport, continually meet new players, and strive to better our game. I have enjoyed playing at the competitive level in four local tournaments over the past few months with different teammates. Preparing for a tournament can be a challenge while consulting in Naples, Florida. I don’t always have the time to train during the work week so my best opportunities to play are at home on the weekends in the Michiana area (Southwest Michigan and Northwest Indiana).

Despite a very busy week of work in Naples and a crazy travel path, I was able to make it back for a tournament in St. Joseph, Michigan for Saturday, January 20th, 2018. I flew directly from Fort Myers to Chicago O’Hare on time arriving at 7:15 pm CT Friday evening but then waited for over 3 hours for a bus back to South Bend, Indiana that never came. Ashley called the company and found that due to staffing issues, the buses were not running normal routes and there were no more available buses traveling to South Bend for the rest of the night. I booked a room at the O’Hare Airport Hilton and Ashley drove from Indiana after midnight to meet me. We would have to drive directly from Chicago to the tournament in the morning to make it on time so she brought my paddle and tennis shoes along for the next day.

The  Humane Society of Southwest Michigan Benefit Tournament was held at the South Shore Health and Racquet Club in St. Joseph, Michigan. http://humanesocietyswm.org/

This tournament was on my list to play due to the cause of helping out the critters at the humane society.  Players were encouraged to bring essential items from the needs list including pet food, litter, and miscellaneous cleaning supplies. Charlie was able to part with a bag of her canned food to give to the other cats. Helping animals have access to comfortable living conditions has been something important to me all of my life. I even volunteered for the local animal nature center when I was growing up.

I signed up to play with Terry Wiseman in the 4.0 skill level group.  Terry and I have played a couple times in open play during various social events throughout the year and always enjoyed each other’s company. Terry is a lefty so he brings a different aspect to the game of Pickleball. 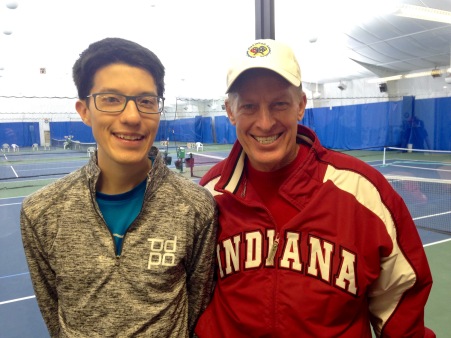 Our division only had four teams in this small, local tournament so we would play in three matches to 21 points. We played a competitive game throughout the tournament and kept the score close in all three matches. Our last game was an exciting, challenging match with our final scores at 18-21, 20-21, and 13-21. We did not win in the round robin but had close opportunities to win in all three matches where a run to the finish line or match point would have been possible. 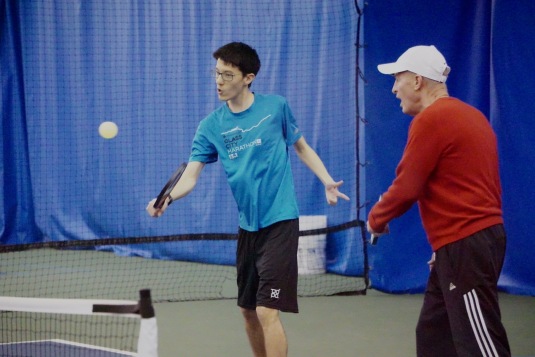 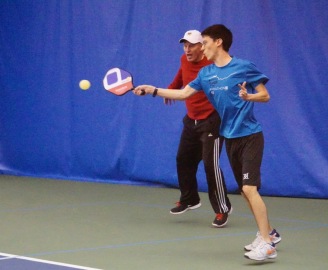 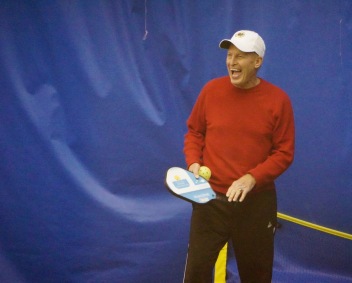 Overall, the tournament was an enjoyable experience for me to play local players at a competitive level. The pictures above portray the level of enjoyment that I had during the tournament. It was great to see my Pickleball friends come together to play for a great cause. I look forward to my next tournament coming up at the end of February in East Lansing, Mi. I will tentatively be planning to play 4.0 singles, 4.0 men’s doubles with Seth Dyer, and 4.0 mixed doubles with my sister, Jenn Jager.

My Tweets
Join 107 other subscribers