It must have seemed like a simple mistake at first when a baby dolphin swam into the line of a crab trap. But when she couldn’t free herself and her mother felt that there was nothing that could be done, this baby dolphin was stranded in an entanglement of lines cutting off the circulation to her tail. Most trapped dolphins do not survive, but this fighter overcame her odds despite losing her deteriorated tail. The Clearwater Marine Aquarium (CMA) rescued the two-month-old, naming her “Winter,” and taught her to swim on her own without her tail. She was later acclimated to the use of a prosthetic tail and became the star of two Dolphin Tale movies filmed on site. Winter can never be released into the wild because she was found as a baby and never learned from her mother how to find food on her own. A dolphin typically spends the first seven years of its life imitating the habits of the mother.  Winter’s story is one of Clearwater Marine Aquarium’s most famous, but it is by no means an unusual one. 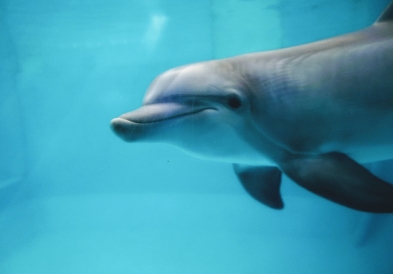 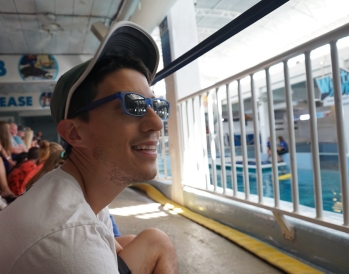 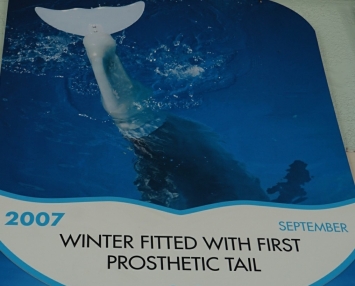 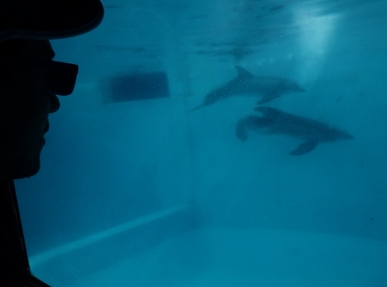 All of the marine animals at CMA are either temporary or permanent residents in rehabilitation with stories of their own. They are not on display for public entertainment but are being treated for breaching, fishing accidents, and various diseases with the goal that they can be released back into their natural environments if they are able to. The mission of this non-profit 501 (c) (3) organization is to “preserve our environment while inspiring the human spirit through leadership in the rescue, rehabilitation, and release of marine life; environmental education; research; and conservation.”  The aquarium focuses on the needs of its residents instead of solely catering to its visitors.

Aquarium visitors can see evidence of this mission by viewing marine life from a set distance in habitats where the animals choose their level of visibility. It is not a zoo or theme park attraction where animals perform tricks at live shows and circle in tanks close to peering eyes. The educational presentations at CMA are led while animals are feeding or exercising for their own benefit with their animal care specialists. Animals are treated with respect and only live at the aquarium for as long as it is necessary for their well-being, with some animals living at CMA as permanent residents.

Among Clearwater Aquarium’s specialized services includes the Sea Turtle Intensive Care Unit were turtles are treated for swallowing fish hooks, surviving boat strikes, or developing Fibropapilloma tumors. “Nacho,” a juvenile green sea turtle was one of these turtles found in Daytona, FL  encrusted with barnacles and developing a tumor near his front flipper. After recovering from surgery and rehab for a few months, he was released with fellow turtles “Parmesan” and “Whiz” on July 27, 2018, off the west coast. The Sea Turtle Conservancy has partnered with CMA in the research of released sea turtles by tracking their nesting migration in the Tour de Turtles until the satellite tags fall off their shells after a few months. 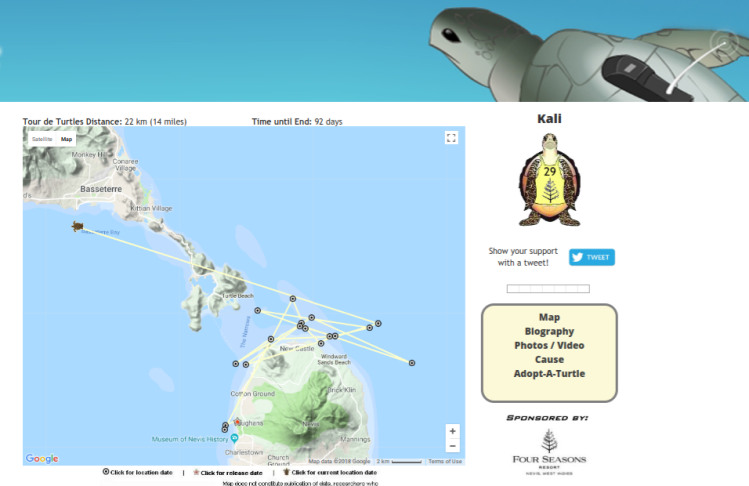 The animals’ rehabilitation stories reflect the human condition of survival, overcoming obstacles, and fully experiencing life. Clearwater Marine Aquarium has connected with families sharing their own inspirational stories including children who are adopted, disabled, or have been amputated just like Winter the dolphin. While Winter swims much differently than her fellow dolphin, Hope, she is just as playful and even more inspiring. 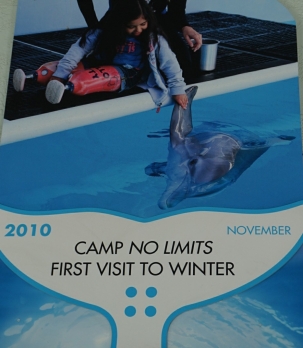 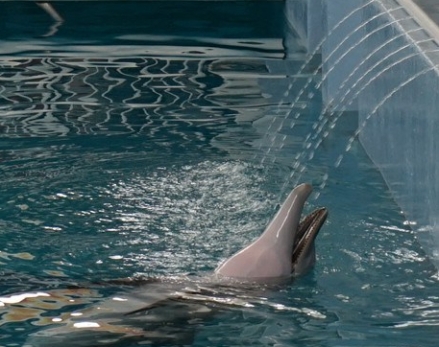 Animals are meant to be wild and free in a clean environment. It is heartbreaking to realize that many of the injuries these animals suffered were caused by humans through fishing practices and polluted waters.  Conserving these species is dependent on us caring a little more about our environment by keeping the natural world clean, recycling, and promoting environmental laws that protect animals.

One thought on “Clearwater Aquarium: Rescue, Rehab, and Release the Animals”