As the sun lowers behind the trees, the chirping of bats grows as they await the evening meal. The Florida Museum of Natural History occupies multiple facilities on the University of Florida campus in Gainesville, Florida.  Three of which include barns elevated on posts housing nearly 400,000 bats with the capacity for over 750,000. The bats swoop from their home each night to consume an estimated 2.5 billion insects. Small crowds of people gather daily to witness the emergence of these bats after dusk.

On a clear night with temperatures above 65 degrees, the bats flee the barns in swarms about 15 minutes after sunset. The night that we visited was a little colder with a light rain so not as many bats left the barn.  The bats who chose to leave the barns swooped irregularly above our heads eating insects attracted to the carbon dioxide in human breath.  We huddled together with our eyes to the skies, as the bats flew to the lake behind us.  The bats were smaller than I expected and difficult to see, even on camera, as they fluttered in a zig-zag pattern.

Bats are essential to the environment for natural pest control of night-flying insects and the pollination of fruit trees. Their manure is also used as an organic fertilizer for plant nutrition. The University of Florida bats first occupied the attic of a historic building, Johnson Hall, until 1987 when a fire destroying the building left them homeless. They relocated to the concrete bleachers of the James G. Pressly Stadium at the track and Scott Linder Tennis Stadium. The close proximity of the bats to spectator seating was a conflict with the odor of urine and fecal matter in the stadium seats.

The University Athletic Association captured the bats from their facilities and built a structure for them to live in undisturbed at a safe distance from humans. Several thousand bats moved in permanently in 1995 and the colony has continued to grow ever since. The internal structure of the original Bat House even collapsed from the weight of the bats in 2009 and required additional reinforcements along with another Bat Barn built in 2010. The last barn was built in 2017 and the University has plans to rebuild the original Bat House in the future.

As a longtime Batman fan, I thought it was pretty spectacular to see the flight of the bats from their homes. For a prerecorded view of the bat activity, click on the YouTube links below published from the Florida Museum of Natural History. 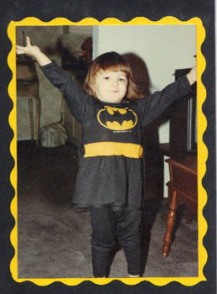 One thought on “The Flight of the Bats”