Strolling down memory lane in Asheville brought out the tour guide in Derek. We saw the Nature Center where he spent volunteer hours working with animals and his favorite fishing hole where he claims to have baited fish with kernels of corn. We ran a hill workout in his old neighborhood and stopped by the WNC Farmer’s Market where Dad would take him to get fresh produce. A round of mini golf at the Tropical Gardens was an opportunity for us to engage in friendly competition and then our stomachs smiled after eating the best dish of hot stone bowl at the Korean restaurant. 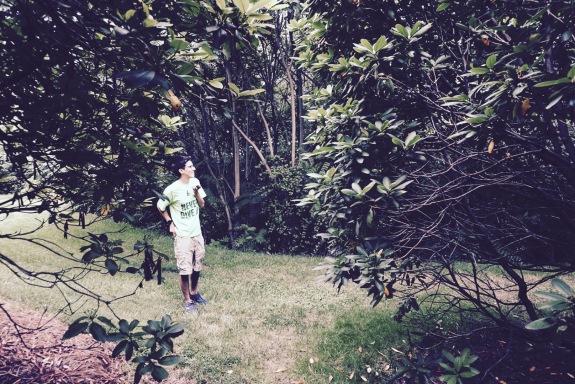 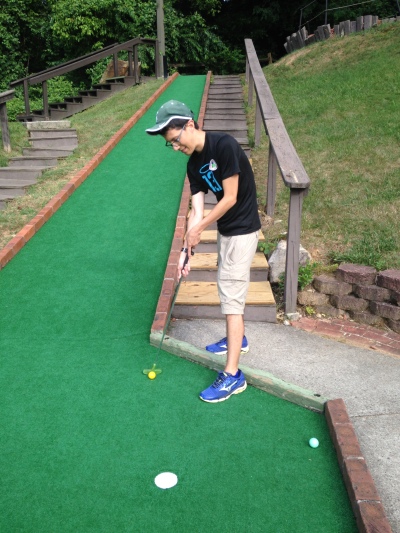 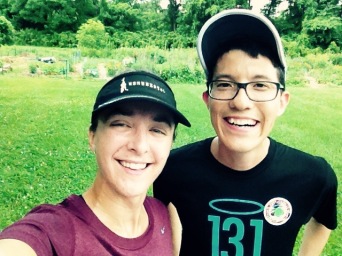 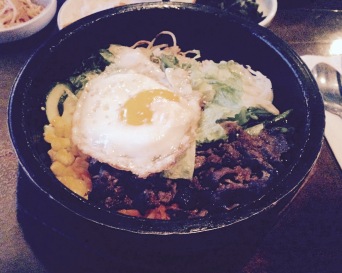 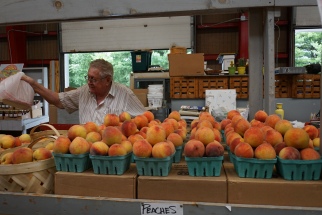 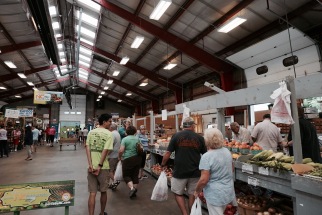 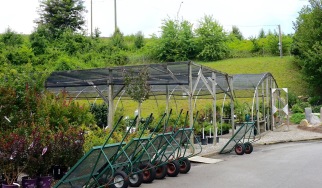 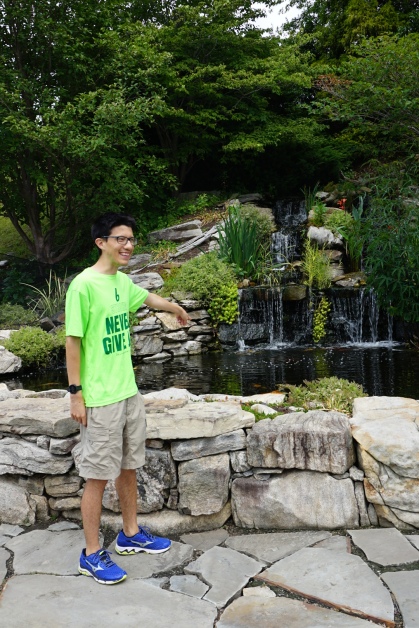 Revisiting familiar places that have long since been is a joyful experience to share together. While Derek enjoyed pointing out his old stomping grounds, we thought it might be nice to see Asheville through a tourist’s eyes for fresh perspectives. It can seem like our hometowns are less interesting to ourselves than those who visit them. So we decided to partake in the Hop On/Hop Off Grayline Trolley Tour to learn more about the historic neighborhoods throughout the city of Asheville. 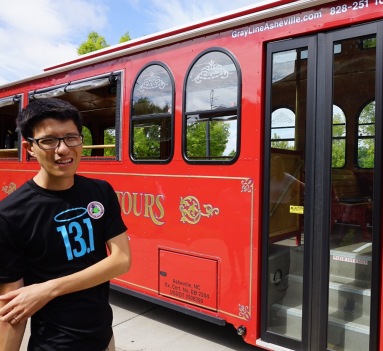 Our tour began at the Asheville Visitor Center with a lively guide chatting away as he took us downtown through the Montford Historic district.  Victorian homes dating back to the 1800’s were on every corner from a time when Asheville was a city of luxurious prominence to those seeking the clean mountain air, moderate climate, and outdoor lifestyle. The 1920’s brought a boom of celebrity residents including George Vanderbilt, Thomas Wolfe, F. Scott Fitzgerald and his wife Zelda Fitzgerald. 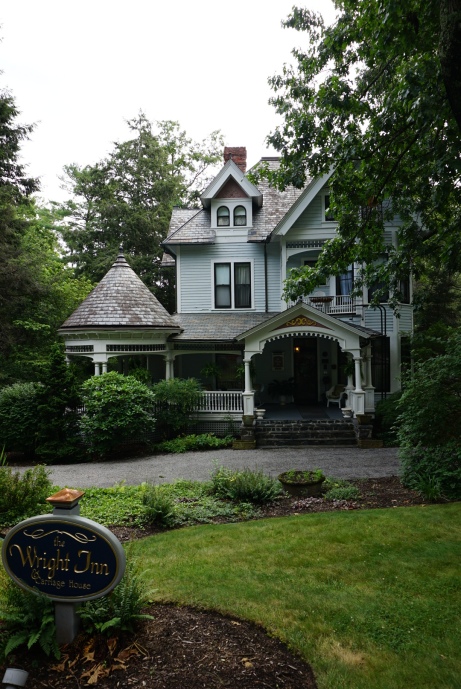 The trolley tour included 10 stops with the choice to hop off and hop on again every 30 minutes. It was nice to take in the breeze through the open-air windows and hear the story of Asheville as we made our way around the city. We decided to ride the entire 90 minute loop because we enjoyed our guide’s animated history and humor. A few highlights included learning about the childhood years of novelist, Thomas Wolfe, and the architecture of historic churches. 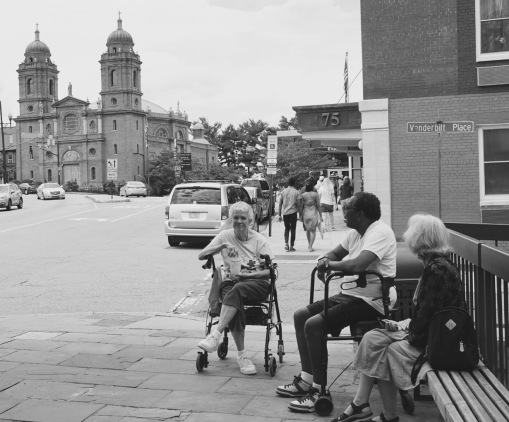 One such historic location was the the Grove Park Inn, built in 1911 using the same stone that it sits upon on Sunset Mountain overlooking the city. 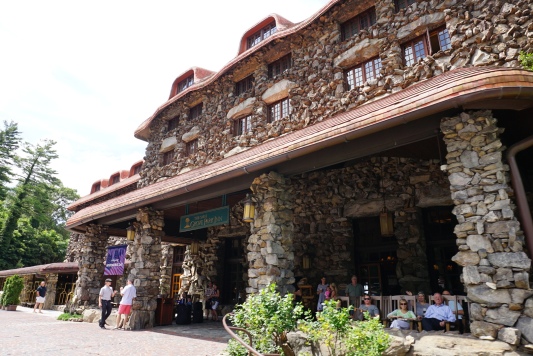 Edwin Wiley Grove envisioned a majestic lodge to mirror the natural beauty of the surrounding mountains. He entrusted his son-in-law, Fred Seely, to design and contract the building even though he had no previous training. Seely’s crew of four-hundred laborers and 20 stonemasons worked 10-hour shifts six days a week harvesting boulders of uncut granite with mules, wagons and ropes, some weighing as much as 10,000 pounds to build the exterior of the hotel in just under one year.  The Grove Park Inn has welcomed high profile guests such as Henry Ford, Thomas Edison, Barry Manilow, Harry Houdini, George Gershwin, Charles M. Schwab, and ten presidents including William Howard Taft, Woodrow Wilson, Calvin Coolidge, Herbert Hoover, Franklin D. Roosevelt, Dwight Eisenhower, Richard Nixon, George H. W. Bush, Bill Clinton, and Barack Obama.

As we circled Pack Square near the Asheville Art Museum, the sidewalks were populated with musicians and artists celebrating an art fair over Independence weekend. Asheville is known for its eclectic culture in the arts ranging from music, theater, visual arts, restaurants, and craft breweries. The River Arts district in particular is home to many studios of painters, potters, jewelers, sculptors, printmakers, photographers, and glassblowers. 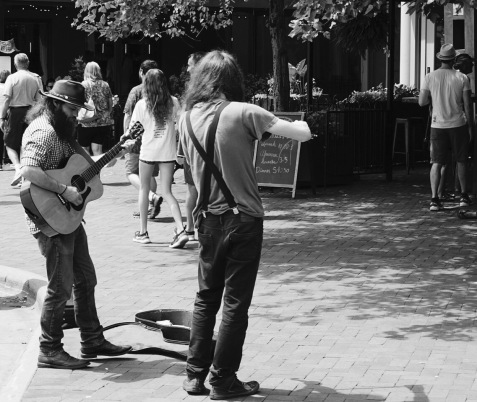 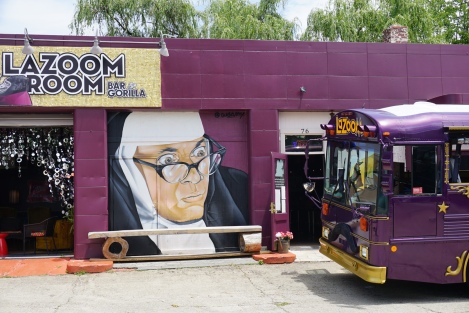 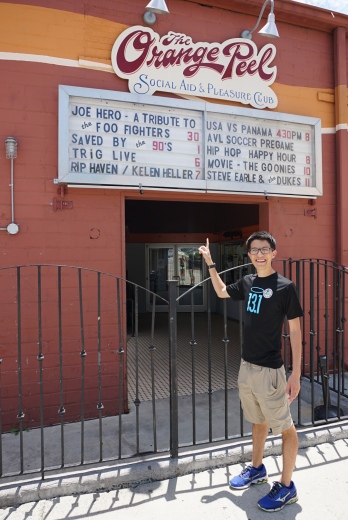 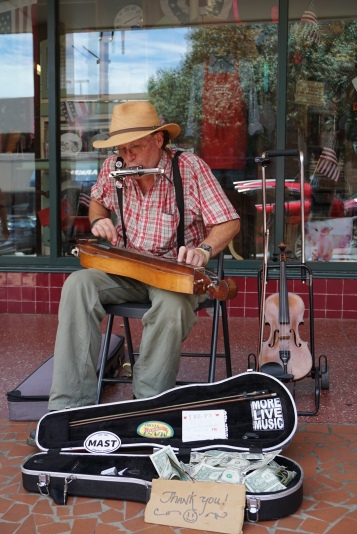 Our tour made its way back to the visitor center through Biltmore Village and we hopped off to visit downtown Asheville on foot. In just over a quarter mile, we walked into town to window shop and get a bite to eat at the Wasabi Japanese Restaurant and Sushi Bar. It was delightful to poke our heads into outdoor adventure stores, co-op groceries, and bookstores with open poetry readings.

What truly captured our attention were the vendors in Pack Square for the Downtown Asheville Festival of the Arts. Each artist holed up in their tents displaying what was most personal to the public. I loved seeing a painter create a live painting of his view of the buildings across the street to pass the time in his tent. The atmosphere was alive with creativity and conversation. 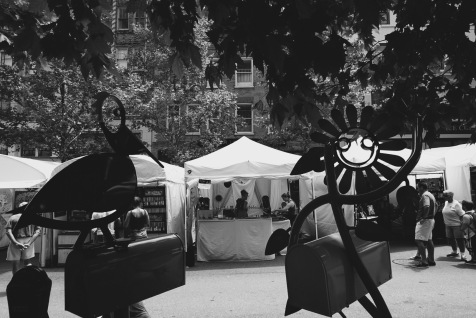 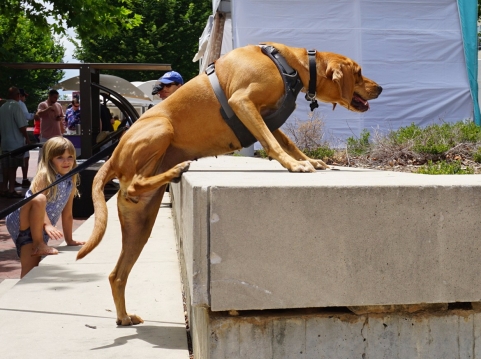 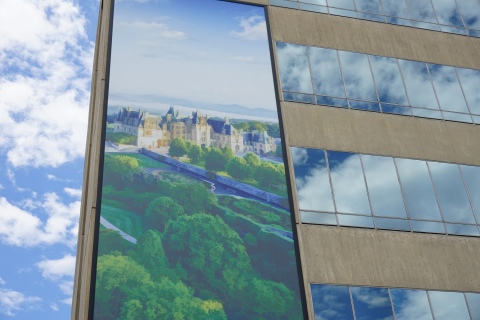 One artist’s work in particular captured our eyes for his realistic chalk pastel renderings on black sanded paper. We started thinking that it would be nice to buy a piece representing the Blue Ridge Mountains to remember when we returned home.  The hazy, blue-violet mountain valley in this artwork was exactly what we were looking for from our trip.  Our day in downtown Asheville was a light, folky adventure full of wonderful memories that we cherished together. 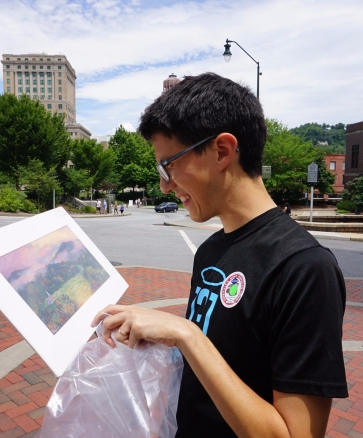 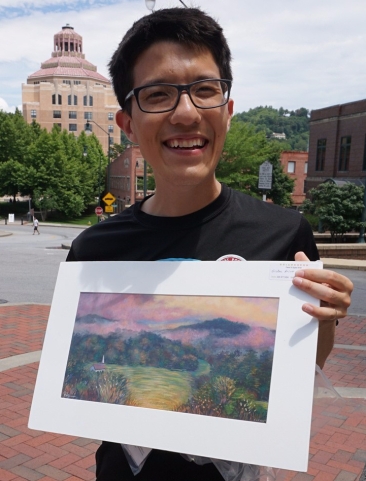