Imagine a shortened tennis court played with what seems to be a wiffle ball and ping pong paddles and you have invented a new sport, Pickleball. While Derek was working in Naples, Florida, he saw people playing Pickleball everywhere. Naples happens to be one of the most popular places to play Pickleball and hosts the annual US Open Pickleball Championships sponsored by the USA Pickleball Association http://www.usapa.org/. 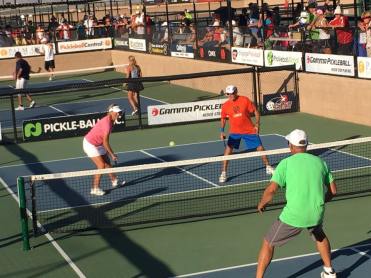 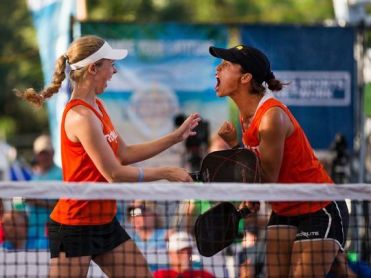 Derek has been a tennis player all his life and has been drawn to many racquet sports, so he set out to teach me the new sport.  After a little research, he found two local clubs in Mishawaka and Goshen as well as courts made specifically for Pickleball. We studied YouTube videos demonstrating the rules of the game and practiced on the courts before meeting up with Michiana Pickleball for “Beginner’s Night.” Our Pickleball coach, Almir, reviewed the rules and ran a few drills before integrating us into the doubles games. 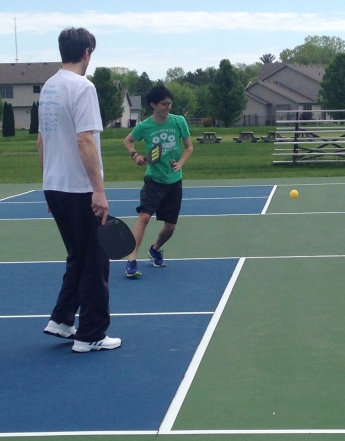 It was a blast competing in this strategic game against a variety of opponents and we have been hooked ever since playing several times over the few days Derek was home in Indiana. 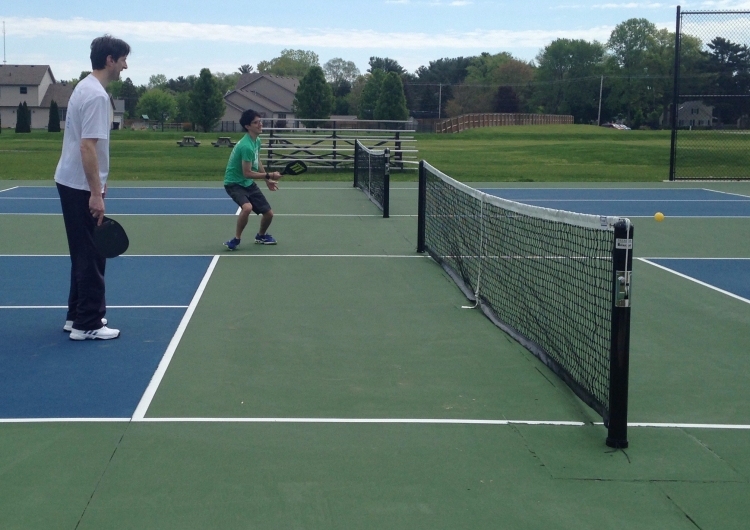 While Pickleball has exploded in popularity in the last couple years, it was actually invented in 1965. One Saturday morning in Bainbridge, Washington near Seattle, Representative Joel Pritchard came home after playing golf to find his family sitting around with nothing to do. They had a badminton court but couldn’t find a full set of racquets so they improvised with ping pong paddles and a perforated ball. 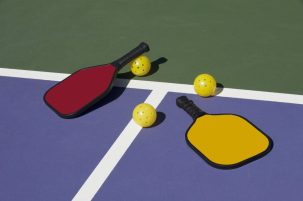 Pritchard found that the plastic ball bounced well on the asphalt and they could volley easily over the net after lowering it from 60 to 36 inches. The rules were modeled after Badminton, Ping Pong, and Tennis, with the intention of creating a game for the whole family to play. Joel’s wife, Joan, named the game “Pickleball” because the mixture of racquet sports reminded her of a Pickle Boat in crew where oarsmen are chosen from the leftovers of other boats. It also helped that they had a family dog named “Pickles.” (“History of the Game,” USAPA,  http://www.usapa.org/history-of-the-game/) 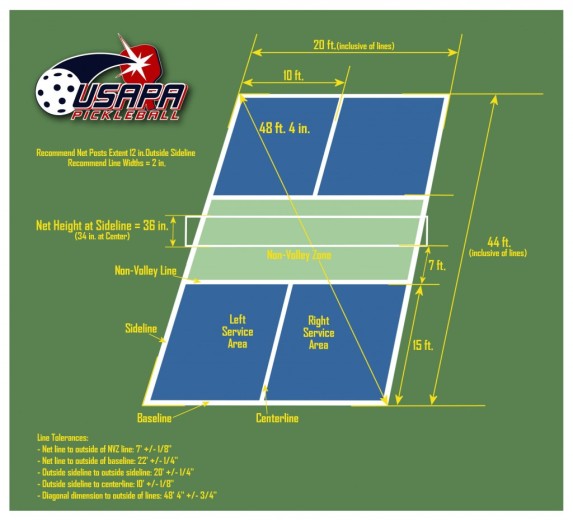 Pickleball can be played by all ages and skill levels as a singles or doubles match. The game begins with an underhanded serve from the team on the North side of the court into the opposing diagonal box. The return must bounce before being hit but then both teams can advance to the volley line to continue the rally. Players can hit the ball in the air as volleys or wait for it to bounce once before hitting. The only off-limits area for smashing the ball at your opponent’s feet is called “the kitchen” or non-volley zone, which is the area closest to the net.  You must let the ball bounce before stepping into the kitchen to dink it over the net.

If the returning team’s ball double-bounces or is hit out-of-bounds, the serving team gets a point. Both players on the serving team have the opportunity to serve and score points until they fault or lose the point. Then the opposing team has the chance to serve for points. The game ends when a team wins 11 points but if both teams are tied-up at 11, they must play to win by 2 points.

Looking to play Pickleball in Michiana?  While a tennis court or basketball court could be modified with tape and a net for the proper dimensions, there are court options in the area designated for Pickleball: 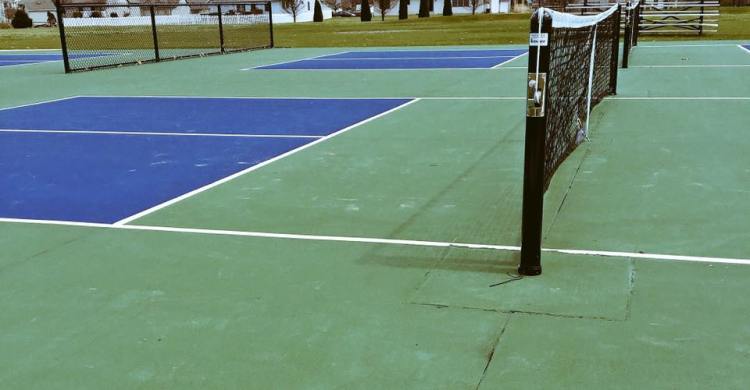 Outdoor courts on Elm Road just outside the library, which also has loaner Pickleball raquets available for check-out. Michiana Pickleball meets Monday’s from 5:30-7pm for Beginner’s Night and Saturday’s at 11am for open play. There are also pick-up games throughout the week if you follow the Facebook group.

Outdoor courts with wind-protection shields and miniature fences to keep the ball from rolling into other courts. There are also indoor courts in the elementary school open seasonally. Local players meet up throughout the week via the Goshen Pickleball Facebook group.

So if you’re a retired tennis player or looking for a good cross-training activity, Pickleball just might be for you. We bought racquets at Dick’s Sporting Goods but they are also made locally at Paddletek in Niles, Michigan. If you’re looking for a doubles team to rally against, the Jagers have a couple extra paddles and are ready to play Pickleball! 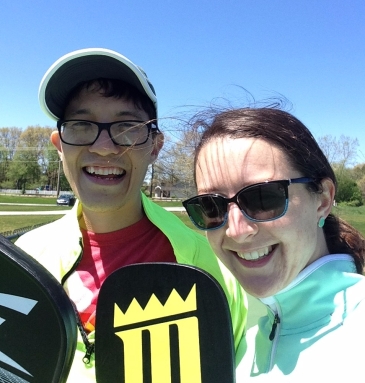 2 thoughts on “Pickleball, anyone?”