Making the most of our weekend in Naples, we got up early for a long run on the Gordon River Greenway. Since Derek has been doing training runs after work, he had already researched the best places to run. We parked at the mall across from the Naples Zoo and ran through a local park until it connected with an entry point to the Greenway. Running on the boardwalk and trails of the Gordon River Greenway was like exploring a jungle of the Everglades. We had fun searching for alligators on the overlooks (no sighting at this point) and making our own route together on a 7 mile run at a 9:40 min average pace per mile.

There was a nice morning breeze in the air but eventually the humidity got to us. We did a one mile cool down running along the beach in Naples following our run. 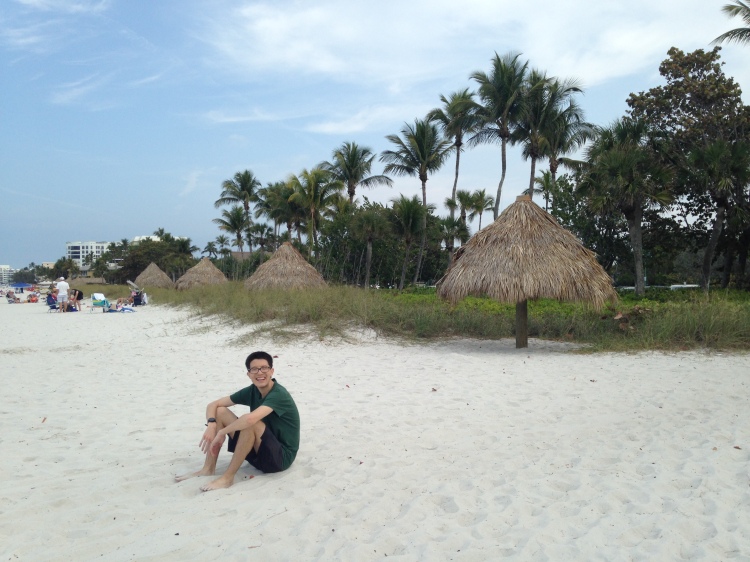 New running partner keeping up with us. When this little guy was making a run for it, he held his head low, bobbing forward and back.

Sculptures at the beach from the Origami in the Garden exhibition found around town and at the local art museum.

Lots of people out on the beach in the morning.

The big adventure of our day was a guided kayak tour with Paddle Marco on Marco Island, a barrier island in the Gulf of Mexico. It was about a 3 mile round trip journey in the Gulf to get to the mangrove tunnels we would be kayaking through. Along the way we saw a small pod of dolphins come right toward us and our guide told us to lift up our paddles so they could swim through! We also saw an osprey (sea hawk) catch a fish and soar above our heads.

The group stopped for a break on a sand bar and tied our kayaks together so we could discover live shellfish along the bottom.

Derek holding a horse conch which is an extremely large predatory sea snail.

Posing with a live starfish:

Our guide, Lewis, educated us on the characteristics of the creatures we saw along the way and the mangrove habitat which is essential to the health of the marine environment. 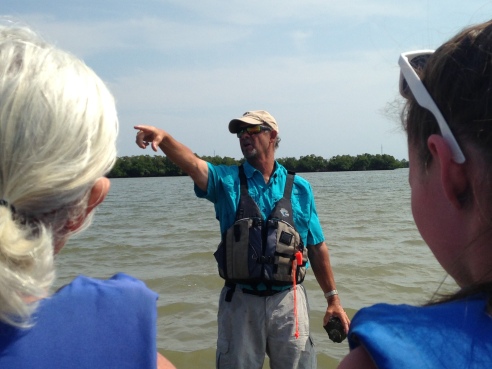 Our favorite part of the tour was paddling through the mangrove tunnels. 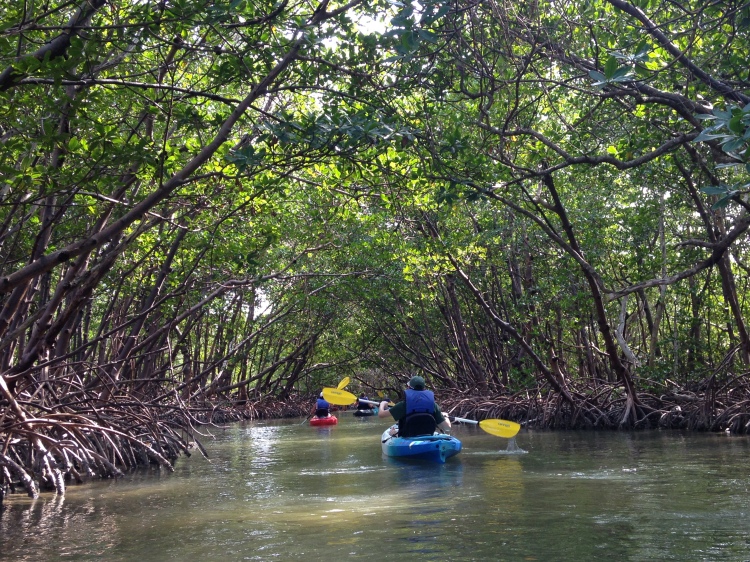 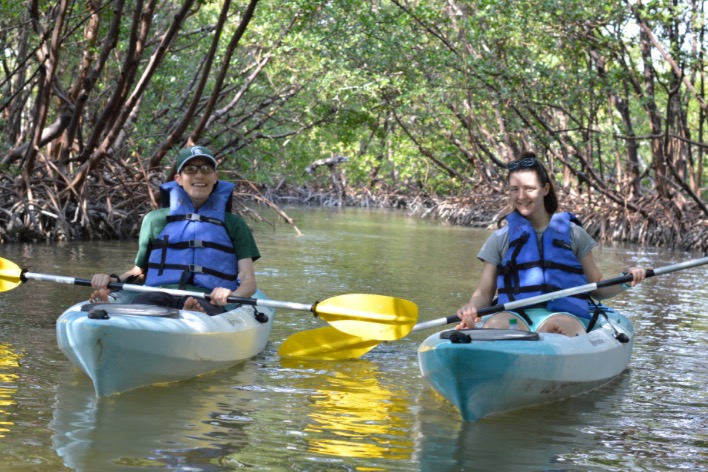 We never saw an alligator in these waters! The Gulf of Mexico and its channels is made of salt water and brackish water (partly salt and fresh water). Alligator habitats are primarily in freshwater swampy areas where they can stay warm. We learned that alligators do not have the ability to sweat out salt so they would only be able to handle swimming in saltwater for a few hours at the most. It is highly unlikely that we would ever see one on a kayak tour on the Gulf, but you can never say never!

After our wonderful kayak trip, we took to another game of putt putt at Congo River Golf in Bonita Springs, FL before our Valentine’s dinner that evening.

We decided to make our first Valentine’s as a married couple a special one and went out to a fancy restaurant called Angelina’s Ristorante. 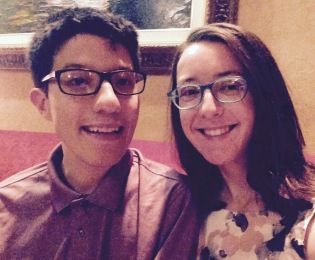 We shared the couple’s four-course meal, Prix Fixe, for a taste of romantic fine dining. 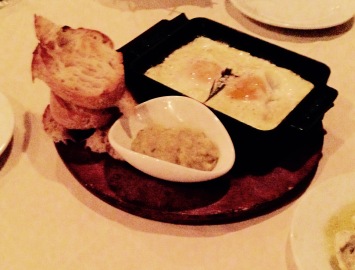 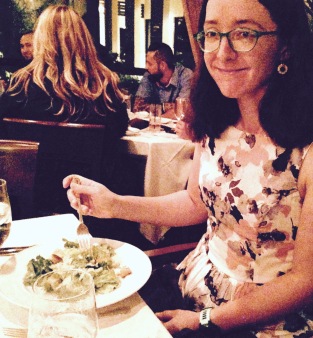 Dolce: Angelina’s Signature Zeppoli’s for Two with Fried dough, light and airy, tossed in cinnamon-sugar, served with a dark chocolate and berry sauce 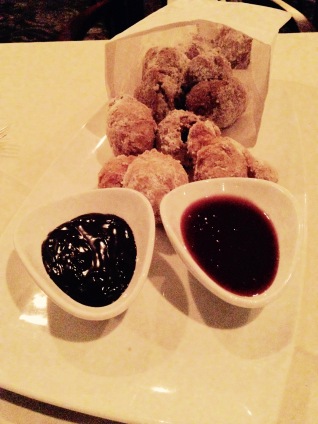 It was well worth the wait to spend Valentine’s Day together.

2 thoughts on “Kayaking the Mangrove Tunnels”