Following the Runners on Parade race in Fort Wayne, Derek and I visited the Black Pine Animal Sanctuary in Albion, Indiana. http://www.blackpine.org/ 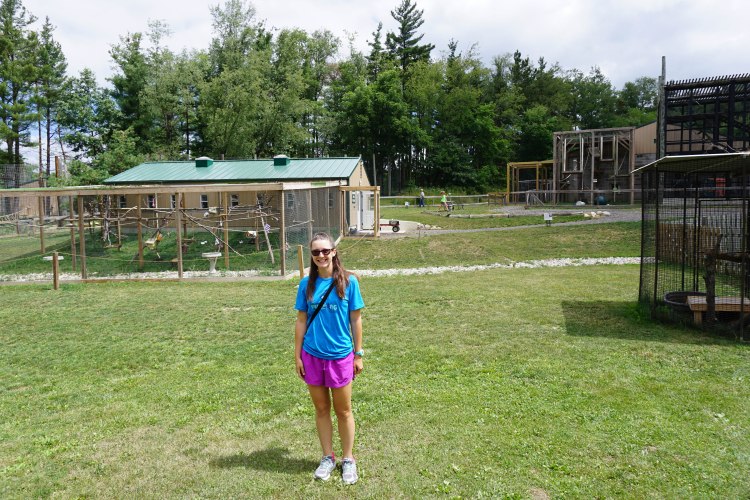 We’ve always had a soft spot for animals and enjoy visiting zoos. When Derek was growing up in Asheville, North Carolina he used to volunteer at a nature center where animals native to the southern Appalachian Mountains of North Carolina are given rehabilitation. WNC Nature Center

What makes Black Pine unique from a local humane society or animal shelter is that the animals are displaced, captive-raised exotic species who are given refuge for the rest of their lives. Some of the animals had former lives in unauthorized zoos, in abusive environments, as performers, as household pets, or were smuggled illegally into the country. There is currently very little to no government regulation on exotic animals in the U.S. and the exotic pet trade show market is a multi-billion dollar industry, second only to drugs and weapons on the black market, according to the American Society for the Prevention of Cruelty to Animals. Over 19.4 million U.S. households owned wild animals in 2013 who were displaced from their natural environments.

At Black Pine, 70% of the animals were voluntarily given up by their previous owners and the other 30% confiscated by authorities many of whom were owned illegally, suffering proper care, a threat to the public, escaped or abandoned before being re-homed here. 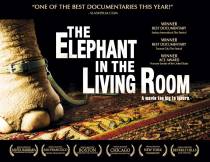 If you want to learn more about the exotic pet industry, we recommend watching the documentary on Netflix: The Elephant in the Living Room Trailer.

Black Pine Animal Sanctuary is almost entirely volunteer-run with only four full-time employees. They are funded by visitor fees, fundraising, and donations to feed and maintain their care of the animals.

Derek and I loved the cause we were supporting and were excited to see the “retired animals.” 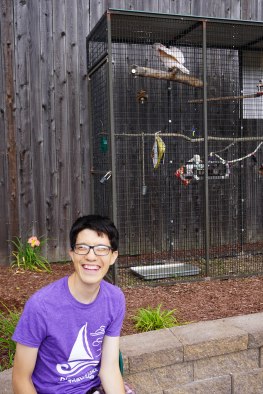 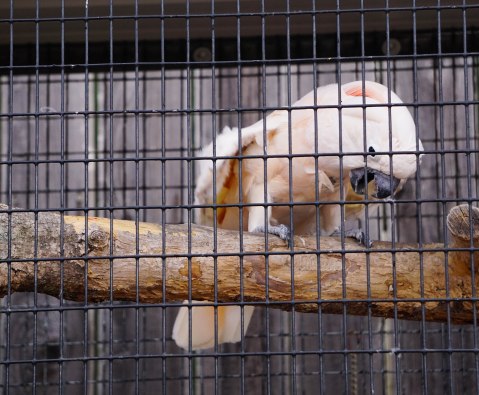 We arrived in time for a guided tour within the hour so we passed the time with “Peaches,” the Moluccan Cockatoo, who was in a very silly mood.

There were quite a few big cats at Black Pine including lions, leopards, cougars, and tigers as well as small cats such as bobcats and Savannah servals (a man-made cross between a domestic cat and wild serval). We learned that small cats purr just like the domestic cat (see the bobcat below) and big cats make a “chuff” sound that sounds like a sneeze which means they acknowledge you and are content.

They also have many foxes at the sanctuary who do not make good pets because they are very shy and their urine smells like a skunk’s scent. We also saw a wolf pack, some of which had been crossed with dogs. There was definitely a trend of cross-breeding with the animals. Black Pine does not buy, sell, breed, or use animals for commercial purposes but only take in those who have been victims of this pattern. One Bengal tiger, Luna, was bred multiple times because her owner, who was the subject of the documentary The Tiger Next Door, was obsessed with producing a white tiger. Luna was very territorial and we were told to not take pictures of her or make eye contact and stay on the opposite side of the path away from her cage so she would not become frightened. 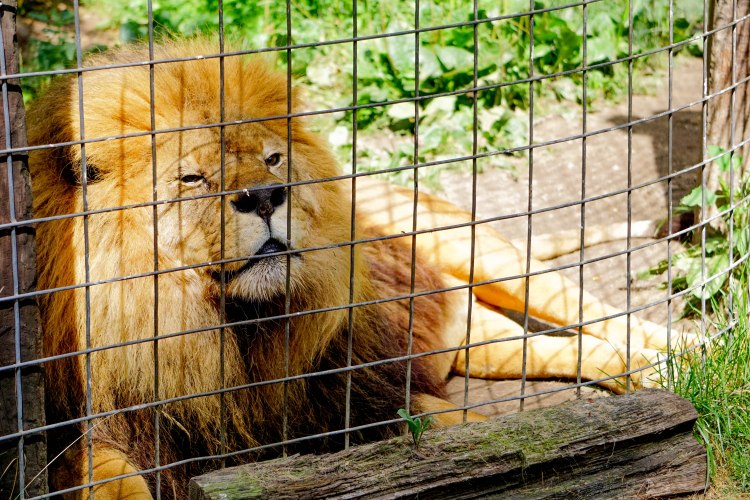 This is Mufasa, an African lion, who is very old. He is 19 years old and most lions live to be 20 yrs in captivity. Mufasa normally lounges in the sun most of the day unless it is meal time. It was crazy for me to be so close to a lion. He yawned and rubbed his ears with his paw just like our cat Charlie does.

While we were told many stories about the animals’ former lives, it was also interesting to learn about their futures both here at Black Pine and elsewhere. In the picture on left is an empty cage that used to house two chimpanzees. One of the chimps, Coby, got very sick and died leaving Tarzan alone. In the wild, chimps live in family groups and suffer when alone in captivity. To provide Tarzan with the best home, he was relocated to a sanctuary in Fort Pierce, Florida called “Save the Chimps” which has 12 islands for the chimps to roam together.

The rest of our tour included birds, primates, bears, and reptiles. The stories were incredible and the experience was eye-opening. For example, Gus is an alligator formerly owned by a college student in Bloomington who kept him in the fraternity house bathtub until he outgrew the bathroom! If you’re looking for a unique place to visit with a great impact, visit the exotic animals at Black Pine Animal Sanctuary. 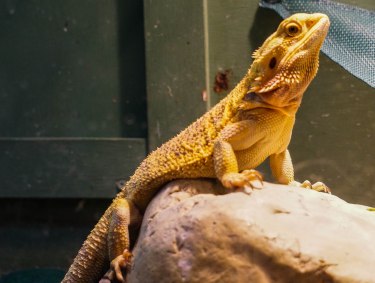 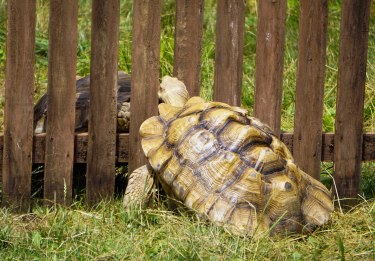