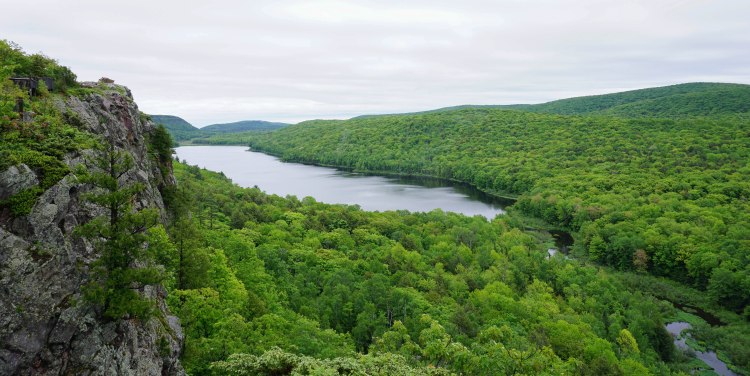 On the third day of our honeymoon, we began by revisiting Lake of the Clouds since our prior visit had been fogged out. It was beautiful and we thought about coming back again to see the view at sunset. This is the most famous overlook in the park and we made sure to get some post cards featuring the Lake of the Clouds for our wedding thank you cards. 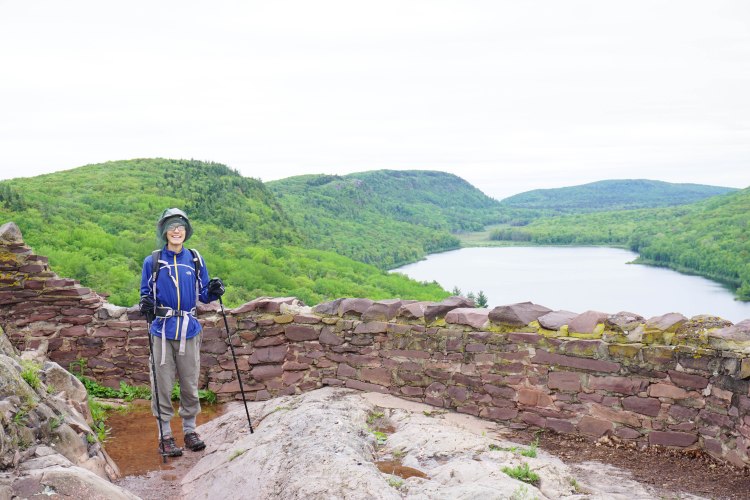 We then set off to tackle our waterfall list on Presque Isle at the farthest west point of the Porcupine Mountains. Now if you read our post Welcome to the Land of Waterfalls you know that there are over 90 waterfalls in the park itself and hundreds more in the U.P. The diagram on the right is just a glimpse of the named waterfalls in Ontonagon County where we stayed for the week. 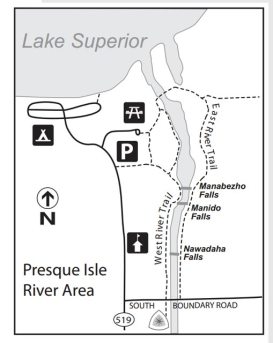 We had actually planned on camping for two nights in Presque Isle but decided to stay at our cottage when we realized just how damp and cold it actually was this time of the year. So we set off to Presque Isle by driving an hour west on the “stomach-turning” South Boundary Road back into Central Time Zone. When we had finally arrived, we parked at the front gate and took the West River hiking trail starting at Nawadaha Falls. 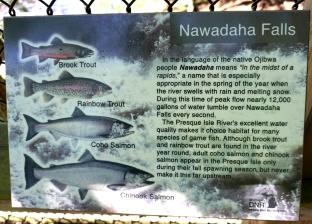 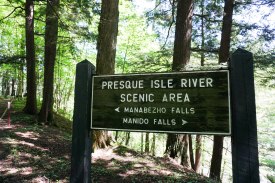 The trail connects the waterfalls of Presque Isle River through the woods on a dirt and boardwalk path. 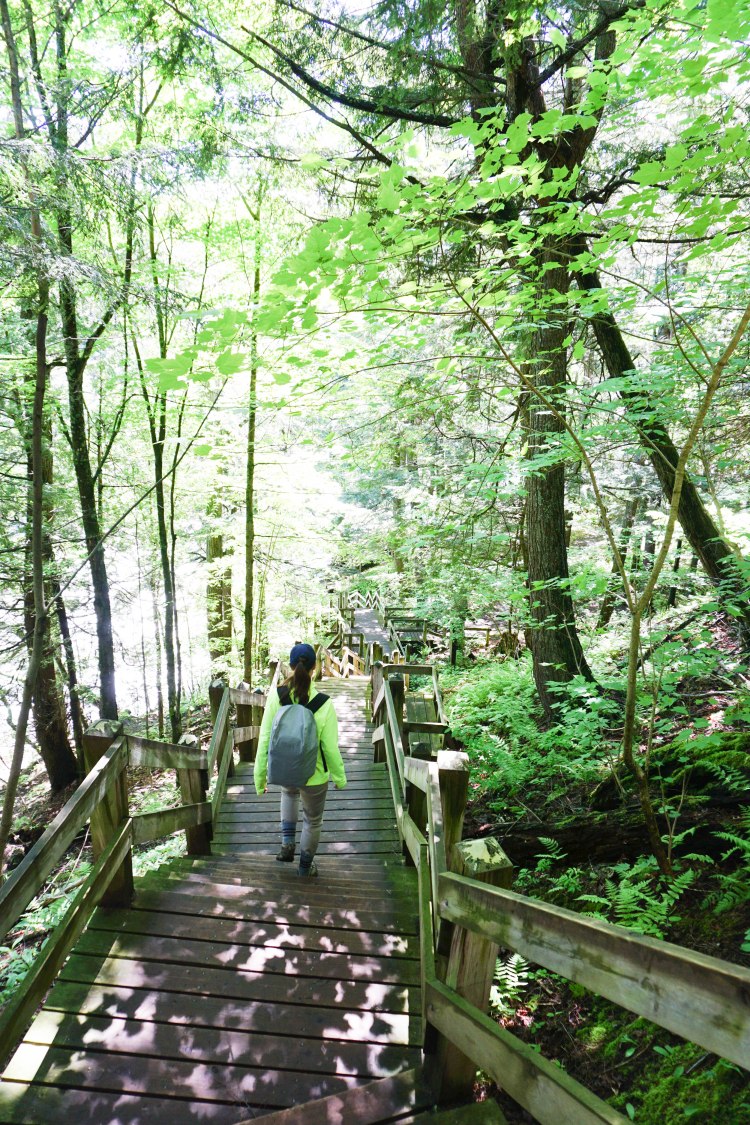 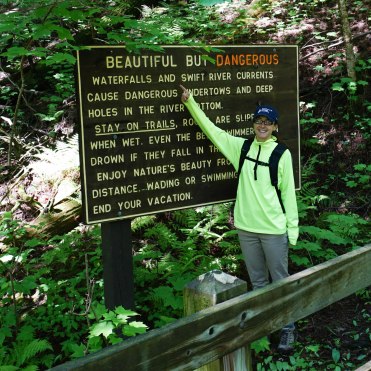 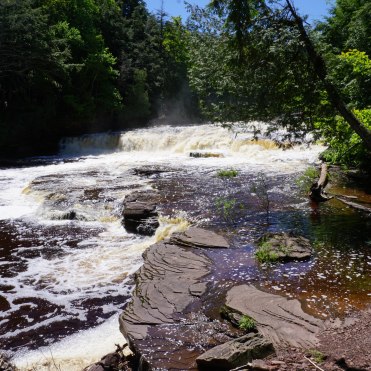 While Manabezho Falls was impressive, Bond Falls was still the largest waterfall that we had seen yet. 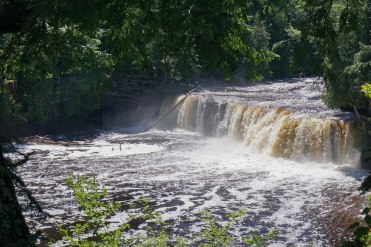 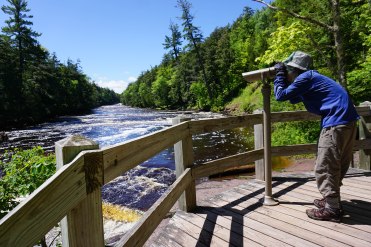 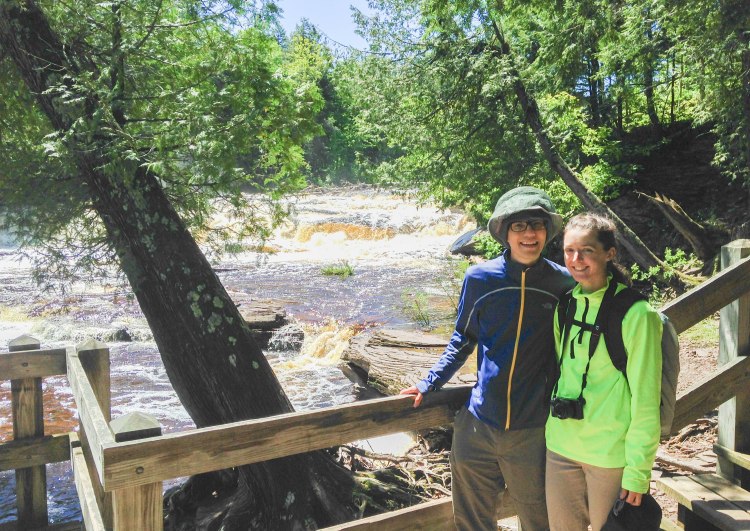 After hiking to the Manabezho, we noticed there was a drawbridge ahead and kept going to cross onto the mini island of Presque Isle. 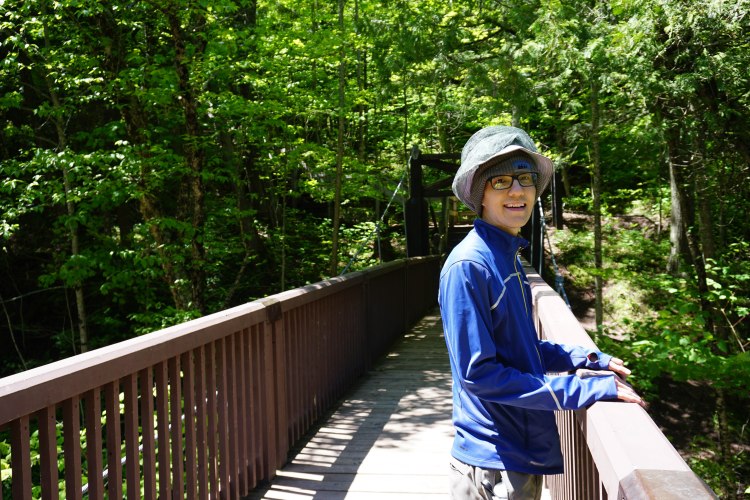 Presque Isle was the coolest place ever! The trees felt like we were in the San Francisco Redwoods and then we were able to walk all the way out to the shoreline of Lake Superior where it met with Presque Isle River. 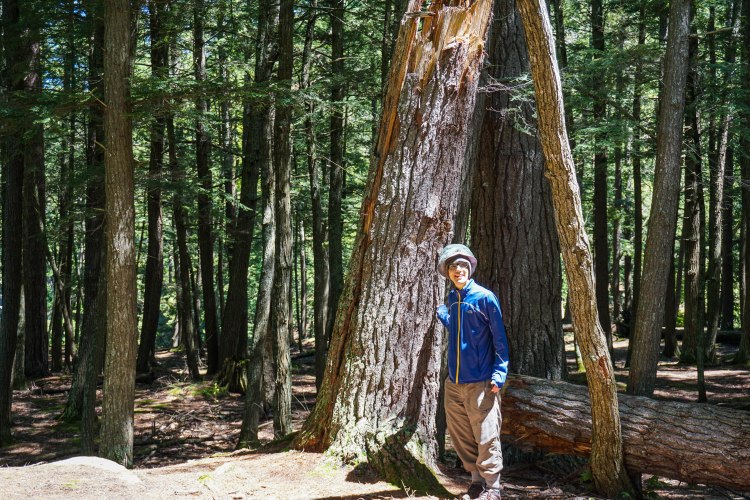 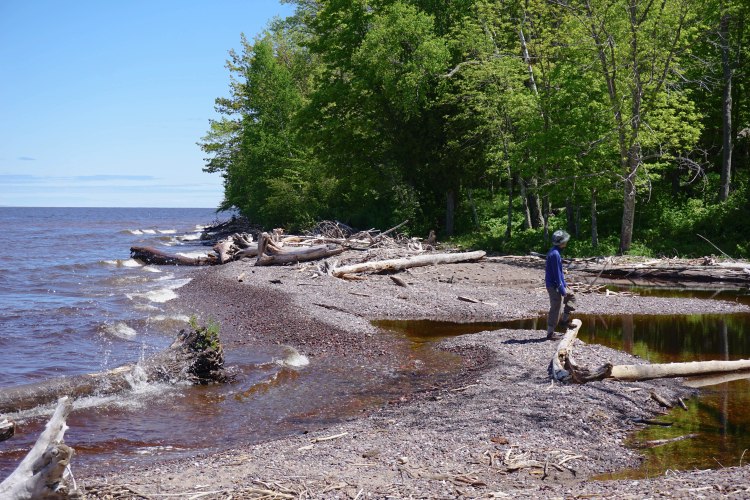 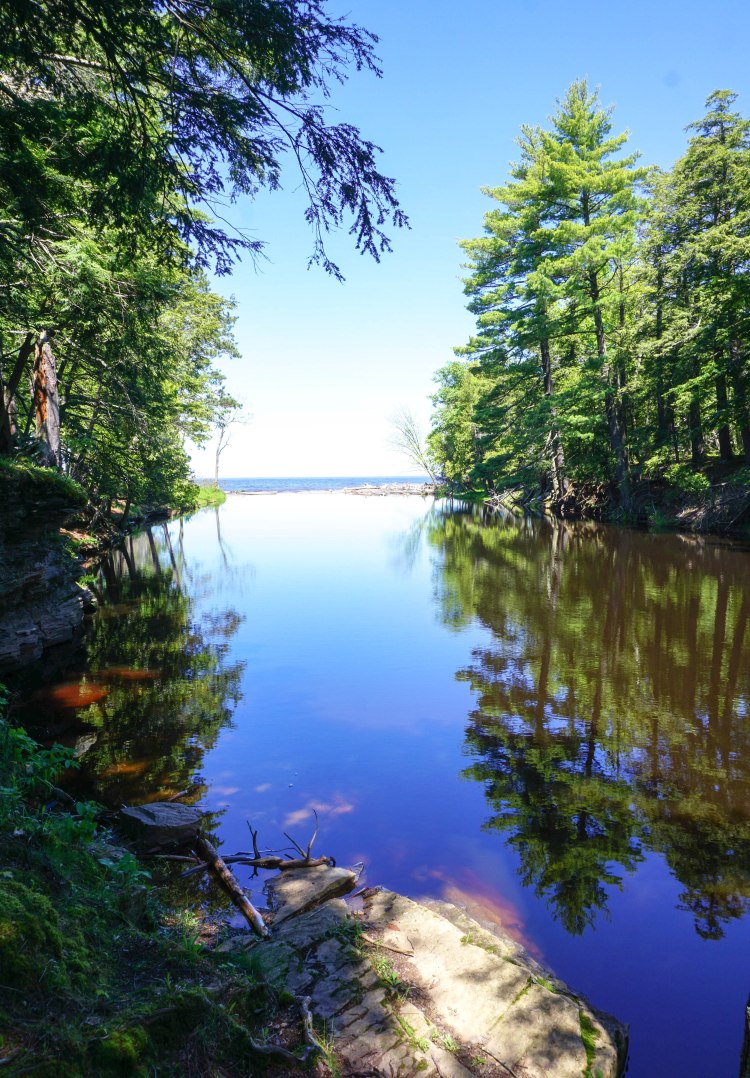 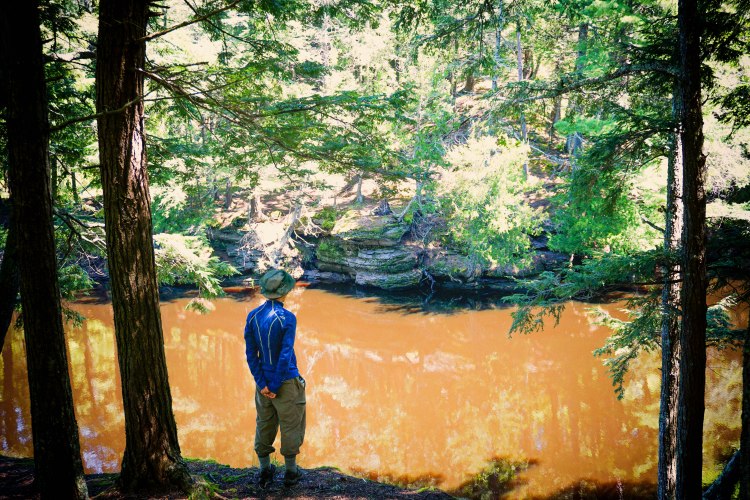 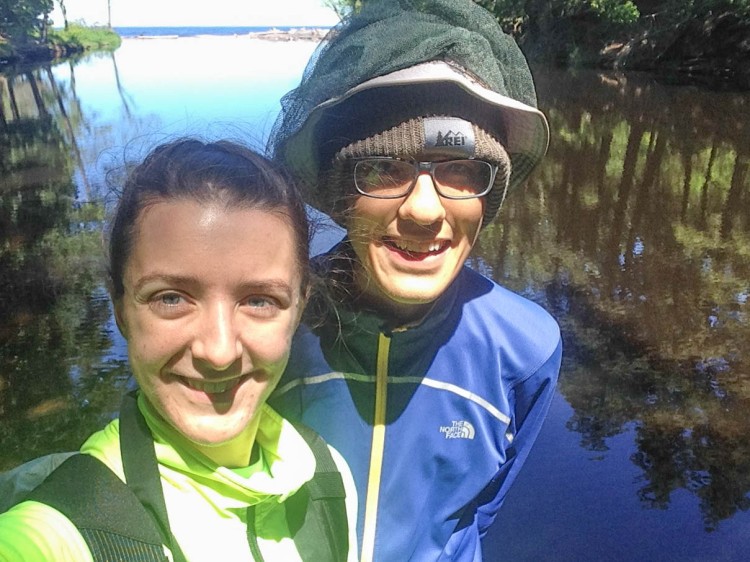 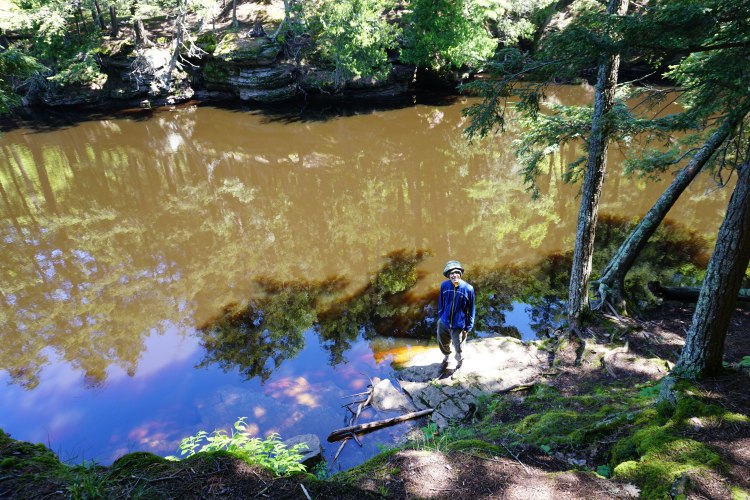 We liked Presque Isle so much, we decided to stay for lunch on the beach. 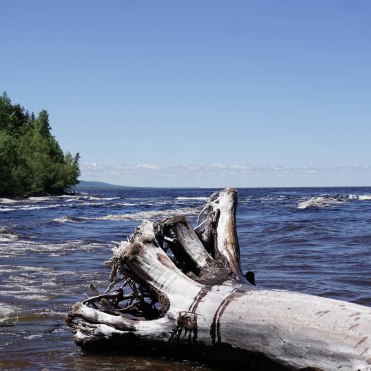 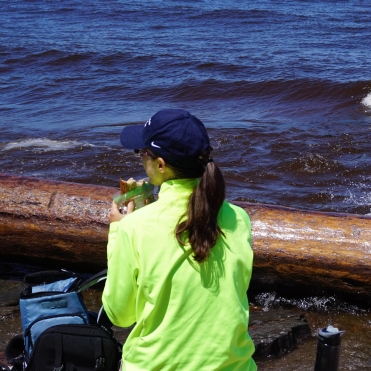 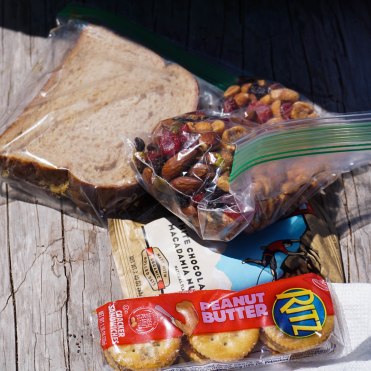 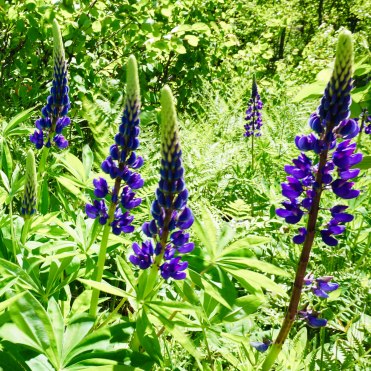 We finished the day with a little fishing at a local watering hole called the Minnesota Mine Dam where rainbow trout and bluegill were stocked a-plenty thanks to the advice of our new friends Billy and Jill at JJ’s Tackle Shop where we got red worms and night crawlers. 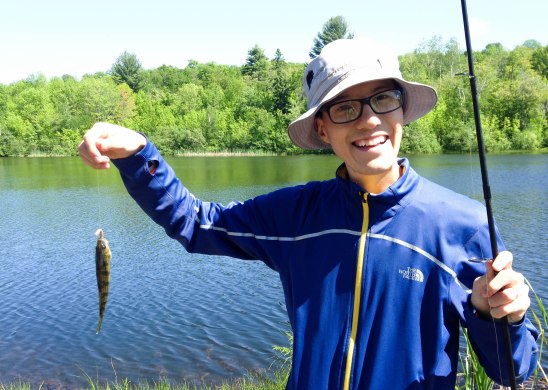 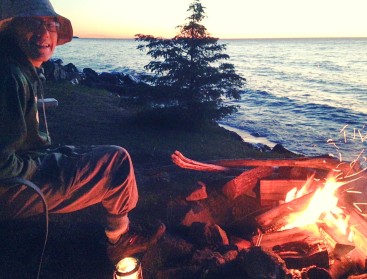 Our second attempt at a fire watching the sunset outside our cottage on Lake Superior. The first night was not a success so we were pretty happy to make a fire that could sustain itself. (Not enough kindling or fire starters to get damp logs cooking the first time around). It was another exciting day of adventures together. 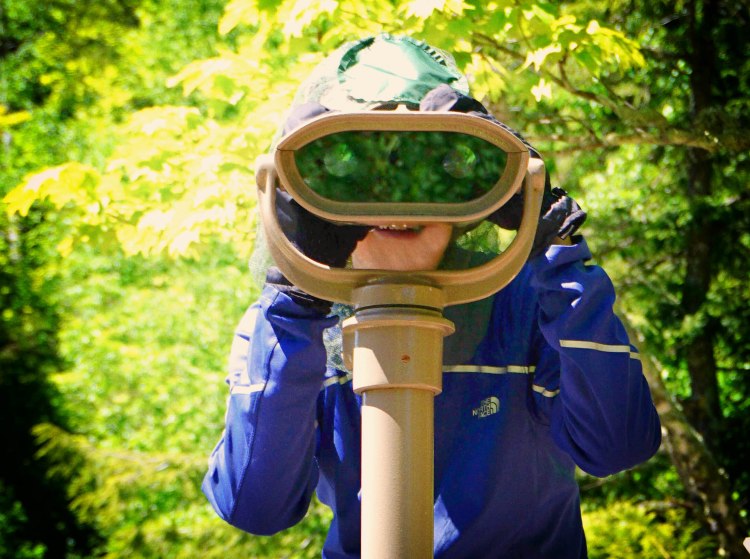