Day Two of the Honeymoon started with eggs and bacon at Konteka Black Bear Restaurant in what seemed like a monsoon thunderstorm. http://www.thekonteka.com/

We had planned to do a lot of hiking and brought all of the gear prepping for our big day. But hiking in the rain is most likely ill advised for newbies so it didn’t take long for our new plans to take shape when we peeked into Konteka’s bowling alley while on our way out. Kill an hour or two until the storm clears? Great idea. At 8:30 am, it’s like we owned the place. We both put in a dollar and took turns choosing our playlist music.

Konteka was an old-school bowling alley without lights, TV, or animations. We were given a scorecard and mini pencil, much like playing putt putt, with an instructional sheet on how to total points (which is actually a little confusing). Derek won the first game easily and Ashley brought her A-game back in the second game scoring spares right and left.

We bowled until the music played out and then put our rain gear back on to face the wild. Instead of getting lost in the woods again, we decided to hit all of the scenic spots in the Porcupine Mountains accessible by hiking from parking locations. Our first stop was the most famous overlook in the park at Lake of the Clouds.

We followed a curving road to the top as the air thickened with fog. There was no gate attendant at the park entrance and we realized that we could have probably gone without purchasing the annual Michigan Parks Passport. It was a short hike from the parking lot to the overlook but a little slick on the rocks. When we reached the overlook….surprise! We see nothing but white. 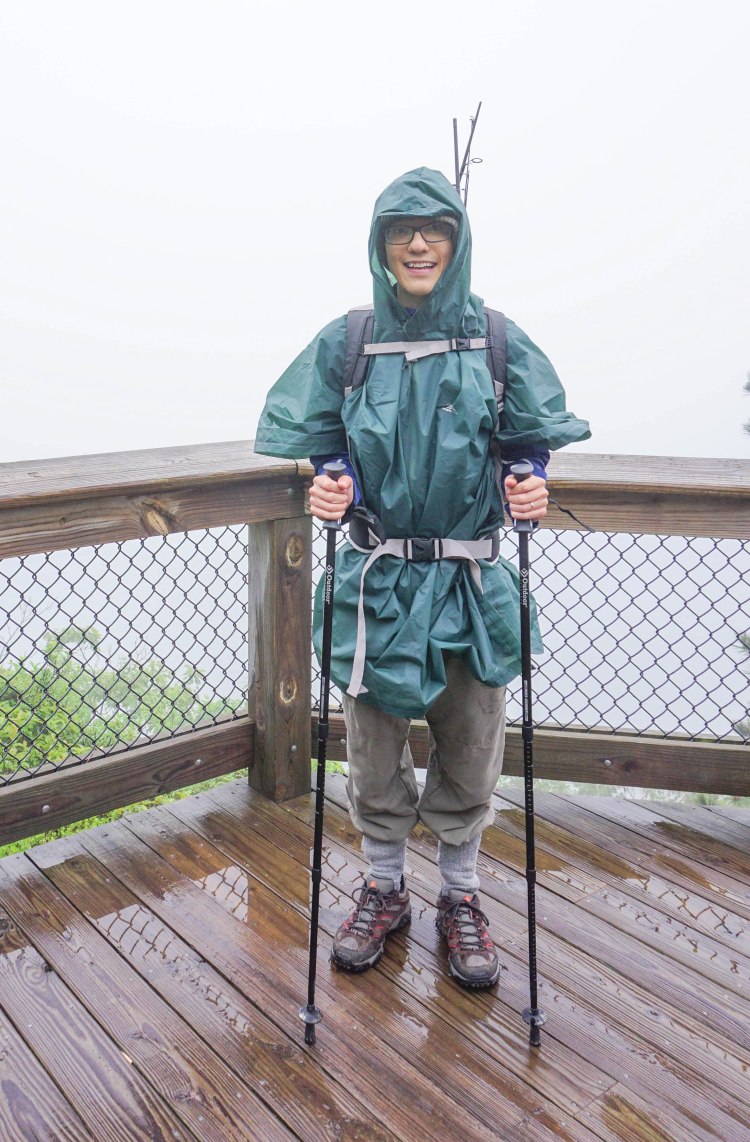 Hoping to discover more, we followed the Escarpment trail from the overlook down into the valley of Lake of the Clouds. It was a steep decline but when we had reached the bottom, we turned around and climbed back to the top. 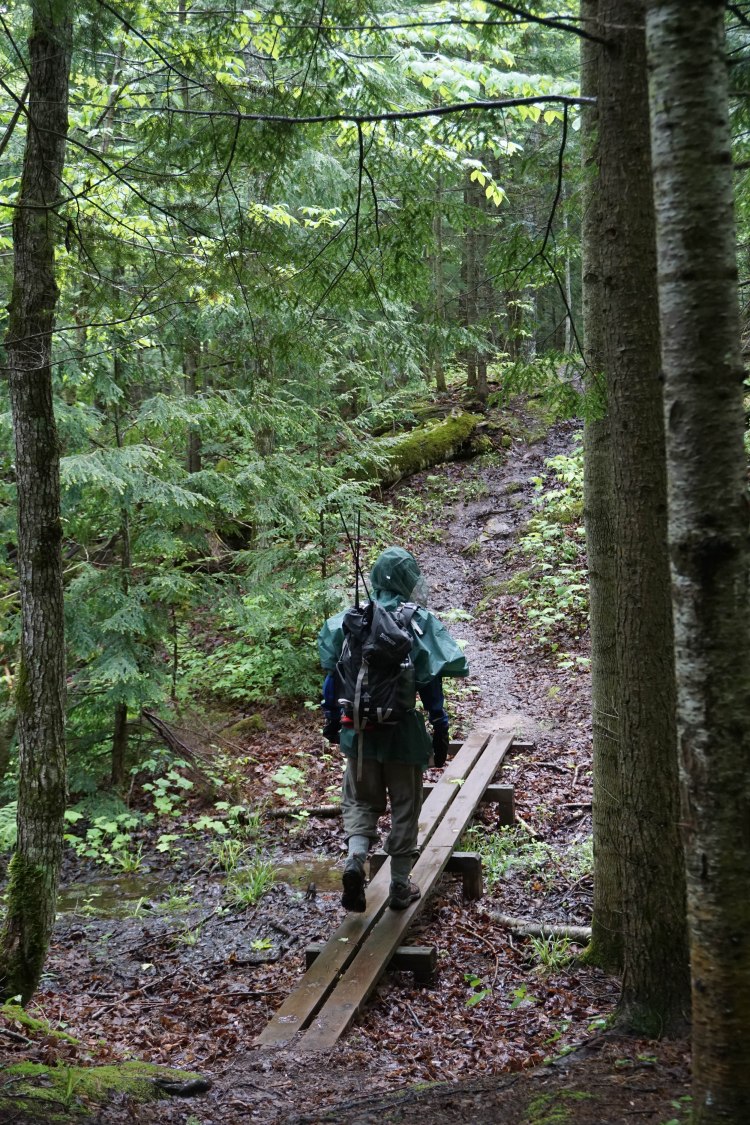 The next scenic visit on our list was Summit Peak on the south side of the park. Every trip took anywhere from 40-60 minutes because there are no roads that go through the park, only around its exterior. 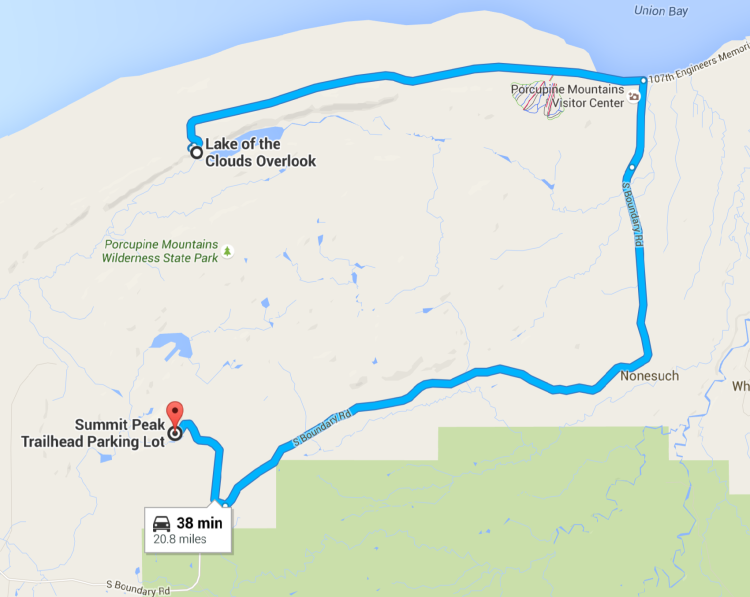 M-107 actually dead ends at Lake of the Clouds and was created to encourage tourism despite controversy to preserve the wilderness of the forest. To drive from Lake of the Clouds to Presque Isle on the far west side of the park actually takes more than an hour and crosses into Central Time Zone. (More on that later)

Along the way, we tired of driving and stopped for a short hike on the Union Mine Interpretive Trail. 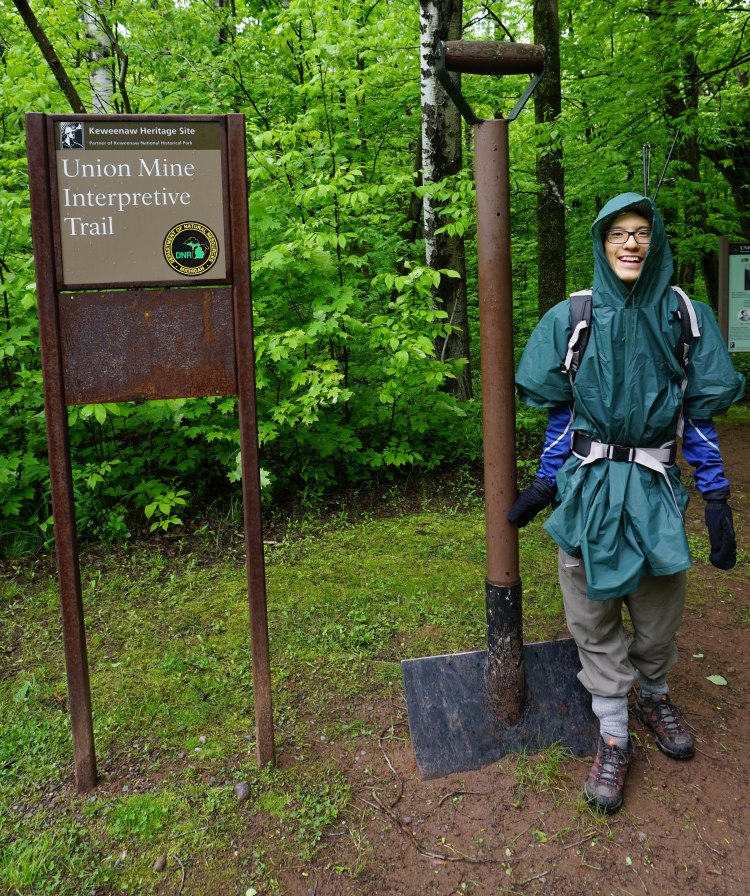 The Union Mine trail is often used for school field trips and we appreciated the mild terrain and signs along the path. 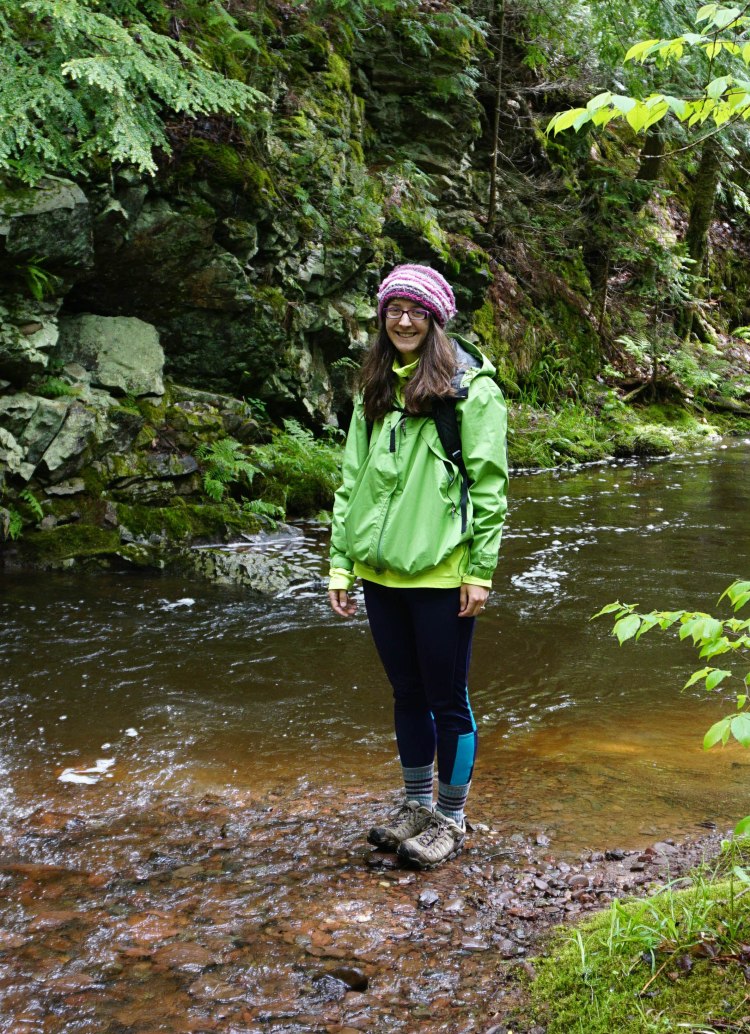 Our only difficulty were the swarms of mosquitoes but we were pleased with ourselves for bringing our bug masks.

A closed entrance to one of the old mines in the Porkies.

We carried on with our adventures to Summit Peak after a winding drive on South Boundary Road making us both a little nauseous. The speed limit was 55 mph but I couldn’t handle more than 40 mph with the sudden turns and elevation changes.

Summit Peak had a boardwalk path and steps leading to the top of a tower overlook from the parking lot. We probably didn’t need our hiking poles this time, but after our first adventure in the woods we’d rather be over-prepared than not at all. 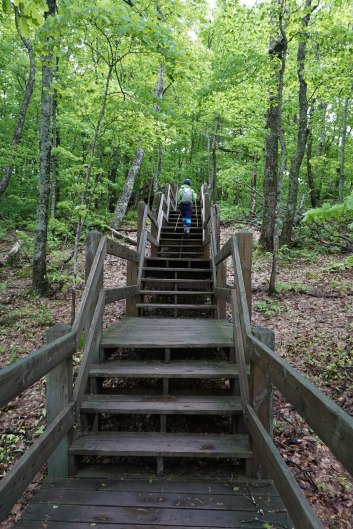 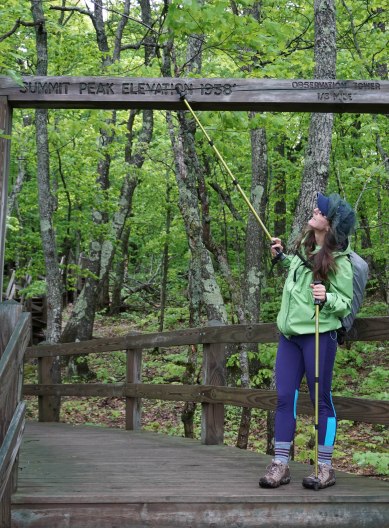 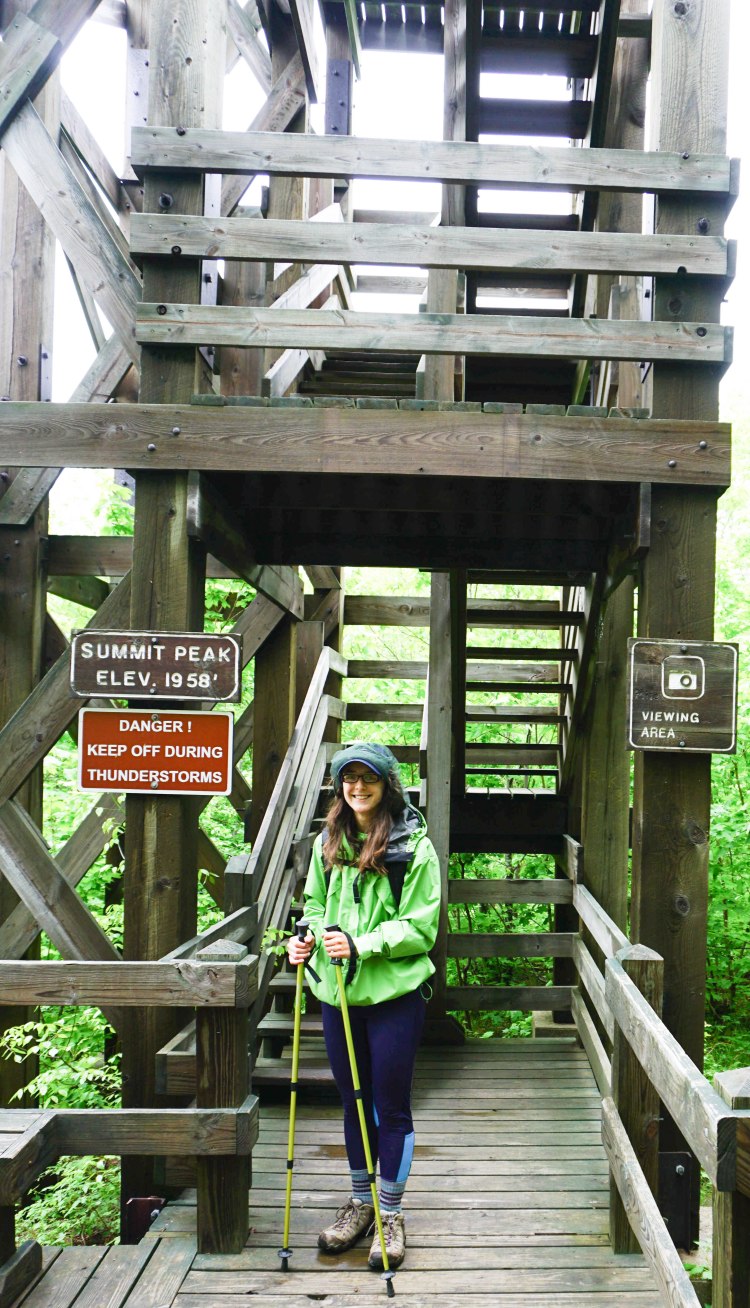 Derek wasn’t the biggest fan of the staircase over the cliff, but he did pretty well handling it as long as he didn’t have to move from his spot on the bench. 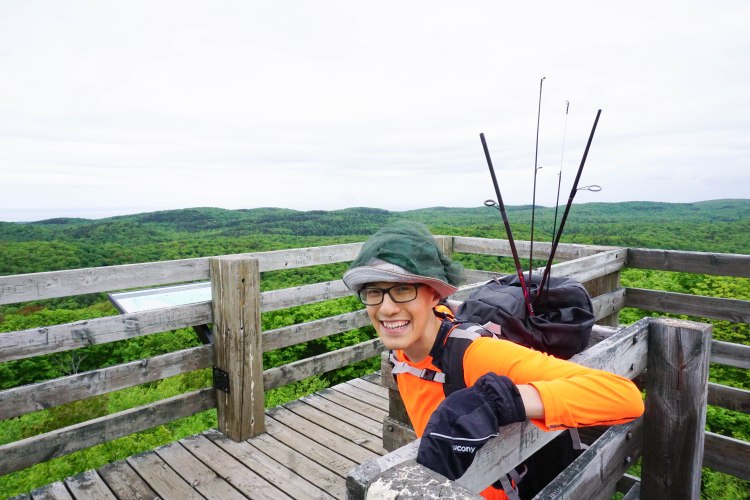 The fog had cleared in the afternoon and it was turning out to be a pretty nice day. So much for staying indoors to avoid the cold and rainy weather!